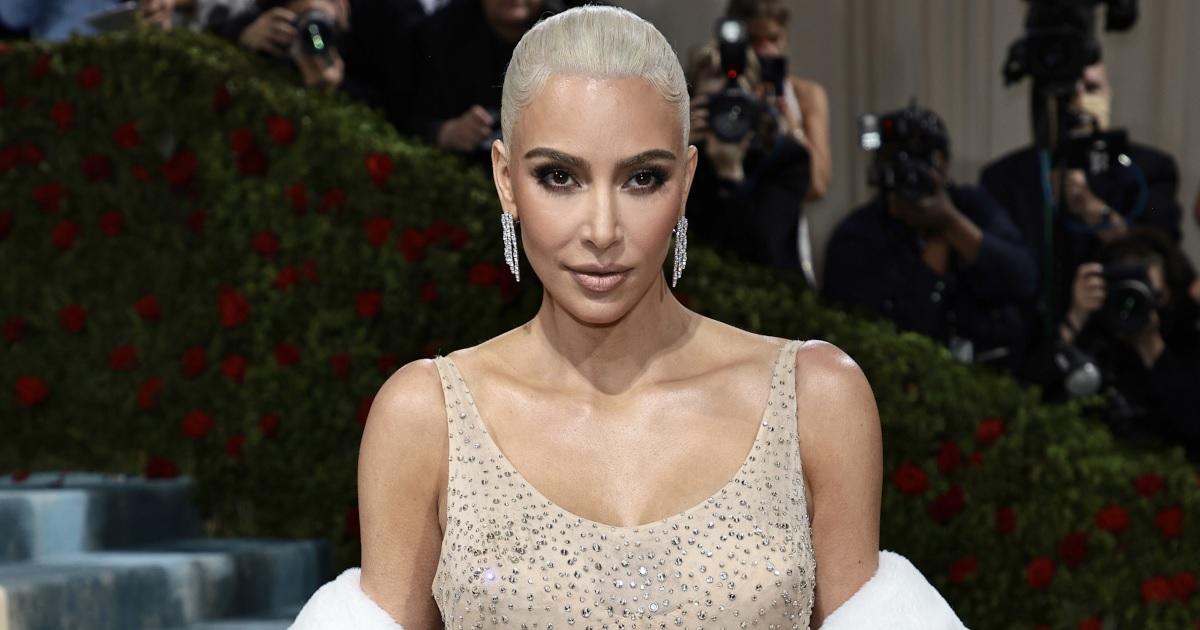 Kim Kardashian and Ripley’s Believe It Or Not! said they took extreme care to protect Marilyn Monroe’s “Happy Birthday Mr. President” dress when The Kardashians star wore it at the Met Gala last month, but Monroe expert Scott Fortner disputes this. Fortner, who runs the largest private collection of Monroe memorabilia, published photos Monday appearing to show damage to the dress. Monroe wore the Jean Louis dress when she sang “Happy Birthday To You” to President John F. Kennedy at Madison Square Garden in May 1962.

The dress is now back on display at Ripley’s museum in Hollywood, where a friend of Fortner took photos. Fortner posted several before-and-after photos that showed damage around the back zipper. Fortner’s friend noticed there were crystals missing, other crystals dangling by threads and tears. “Hey, Ripley’s! You paid $4.8 million for an iconic piece of film, political and American cultural history. Everybody wants to know. Was it worth it?” Fortner wrote. Ripley’s has not commented on the dress’ state.

On May 2, Kardashian wore the famous dress for just minutes. A Ripley’s preservationist helped her put the dress on outside the Metropolitan Museum of Art in New York City, then she posed for pictures with boyfriend Pete Davidson on the red carpet. Moments later, she changed into a replica for the rest of the event. The original dress could not be altered to fit Kardashian’s body shape, so the back zipper was left undone. She had to wear a white fur coat over her shoulders to hide her behind.

Ripley’s decision to let Kardashian wear a real historical artifact was met with shock and frustration from longtime Monroe fans. They both insisted they took serious care of the dress. “I’m extremely respectful to the dress and what it means to American history. I would never want to sit in it or eat in it or have any risk of any damage to it, and I won’t be wearing the kind of body makeup I usually do,” Kardashian, who lost 16 pounds in less than a month to fit into the dress, told Vogue. “Everything had to be specifically timed, and I had to practice walking up the stairs.”

“We basically had many conversations with Kim and her team and put a lot of requirements in place with security and with the handling of the dress,” Amanda Joiner, a vice president of licensing and publishing at Ripley’s, told the Daily Beast. “The dress was never with Kim alone. It was always with a Ripley’s representative. We always ensured that at any time we felt that the dress was in danger of ripping or we felt uncomfortable about anything, we always had the ability to be able to say we not were going to continue with this.”

After the Met Gala, Ripley’s said Kardashian had “continued to show the utmost respect” for the dress. “From extensive research to following guidelines such as no body makeup, only wearing the dress for the short red-carpet appearance, and making absolutely no alterations, she has become a steward – and added to – its history,” Ripley’s said. The museum added that “no damage” was done to the dress.

Bob Mackie, an assistant to Jean Louis who sketched the dress, was one of the vocal critics of Kardashian wearing it. He told Entertainment Weekly it was a “big mistake” for Ripley’s to allow Kardashian to put it on. “[Marilyn] was a goddess. A crazy goddess, but a goddess. She was just fabulous,” Mackie said. “Nobody photographs like that. And it was done for her. It was designed for her. Nobody else should be seen in that dress.”